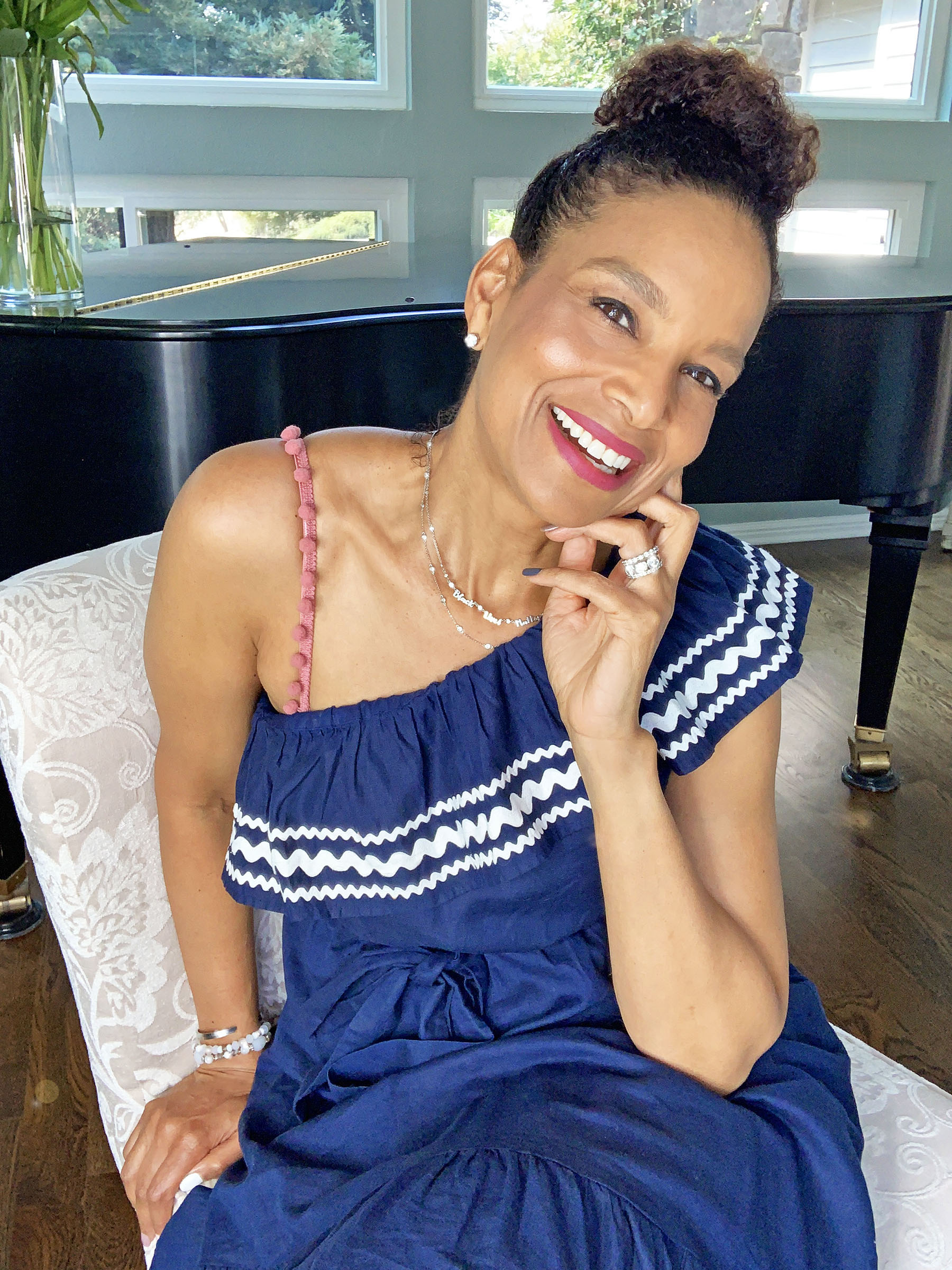 Many of us have a love-hate relationship with our bra straps.  We try to keep them out of sight “remember using paper clips?”. We banish them with strapless bras that rarely stay in place. Some of us even avoid wearing anything that would even chance them making an appearance.  “Exposed” bra straps can make the difference between looking classy or “not so much”!

Although bra straps did have their moment, when Carrie Bradshaw defied the “unspoken rule” and proudly showed off her bra straps with her designer outfits on Sex and the City; for many of us, Gen X Women, however, showing our bra straps has been a fashion no-no.

Until now that is!

So if you have ever wondered: “How am I going to hide those pesky bra straps?”, Tammi Relyea, Inventor and CEO of BRA-sériē, says:  “Don’t hide them. Flaunt them!”

And at 53, Tammi, a passionate and visionary Gen X Woman is on a mission to break the norms by making bra straps into beautiful fashion accessories and empowering women to confidently show them off.

After she walked into a major retailer, Tammi was put off by the clear plastic bra straps sold to women to make their bra straps “invisible”. In that moment, she decided it was time to disrupt the market and offer women a better and more stylish solution.

“When I saw those clear “invisible” straps flooding the market, I knew the industry was going backwards” said Tammi.

From daring to dainty, BRA-sériē’s collections offer women a fashionable alternative to stylishly step up their bra game as well as uplevel any off-the-shoulder or tank top.

And we think Carrie would agree!

We are huge fans of BRA-sériē! So we are very excited to share Tammi’s story of reinvention and her mission to change the world “two bra straps at a time”.

Tammi’s career journey was certainly not one she envisioned for herself.  In some ways, it describes the quintessential Gen X woman or every woman’s story.

She followed the linear path of going to college and getting a corporate job.  She spent 20 years in design and advertising then went to work for a non-profit organization that helped abused and neglected children.  But when Tammi had her first child at 38 years old, she found herself a stay at home mom “by default”.

“I just felt like I was one of those women who followed the status quo.  I went to school, went on my career, and tried to find my way there.  Along the way, I got married and had a child. And then was the moment where I realized, as an older parent, it would be hard to go back to a career. I felt at a point in my life where I was ‘aging out’ but I also wanted to be home with my son.” She adds, “so I found myself a stay at home mom, that wasn’t the plan. I thought I was immediately going to go back to work. And what I thought was going to be one year, turned out to be a lot longer.”

Nevertheless, Tammi remained very active outside the home.  She was working with City Council, writing bylaws for her son’s school. She also took on some tough issues that “most people didn’t want to deal with”, including forming a historic district; a first in her Southern California city.

However, following a move to Northern California to support her husband’s career, Tammi found herself in a new environment; with no friends and outside of her comfort zone. This was a pivotal time that she felt reignited her desire for career reinvention.  “ I realized this was a time in my life when I wanted to reinvent myself.  I didn’t want to go back to the status quo.  I’ve been doing that my whole entire life;” said Tammi.  She was 46 years old at the time.

“No Shame In My Game” Career Reinvention

The idea for BRA-sériē was a “download” Tammi received in one of her many moments of solitude; which were then prevalent in her new life away from friends and family.

She saw women struggling with what to do with their bra straps and “unsightly” clear plastic bra straps offered to them as a solution to hide them.  “I decided on a very risky journey, that I’m still on, to figure out how I can disrupt this industry because we can do better than plastic bra straps! “ said Tammi.

Tammi credits the maturity and confidence that she gained with age and experience for her grit and her ability to persevere.  She also shared that her 20-30 year-old self “would not have been able to withstand the rejections” she had encountered building her brand.

“It’s a tough industry and you get a lot of “nos” and a lot of rejections. But at 46, I’ve had enough life experiences to not get devastated with a no. And I understood that “no” often means that other opportunities are going to happen for you.”

As the “oldest” person in the many workshops she attended prior to launching her brand, Tammi could have easily decided to quit then and there. “I would often sit in the back because I was definitely the oldest one in the room all the time.”  Tammi shared. “I could have easily decided right then ‘what am I doing’? ‘I’m too old for this!’ but I already knew walking in, scarily enough, that there would not be too many women my age.”

Tammi also shared that, in her 40s, she was not afraid to ask “stupid” questions as she was learning the ropes of the trade. She was certainly no longer “worried about what everybody would think” as she did when she was younger.

“I have no shame in my game for asking a ‘dumb’ question or asking instructors to explain acronyms.  In fact, and on many occasions, other people in the class would thank me for asking the question”, she shared. “As Gen X Women, we bring depth to the table and ask the questions that many are afraid or too embarrassed to ask”.

When she decided to launch BRA-sériē, Tammi was hesitant at first to share her new career ambitions with the moms in her new and developing circle.

“There were two very distinct camps of women.  You were either the professional career mom or  the stay-at-home mom” she said.  And absent a family support system, she really needed their help.

Tammi admits that “If it wasn’t for the combined support of the professional career moms and the stay at home moms, I don’t know if I could have done it.”

When she needed someone to pick up her son because she was running late from a meeting, her group of stay at home moms stepped in.  And when she needed connections for manufacturing or a resource on brand launch, it was the professional working moms outside of her circle that she reached out to.

She needed both camps to support her behind the scenes to get to where she is now.

Paying it Forward – WO3

The support she received from her moms circle together with the realization that many of the challenges she faced launching and running BRA-sériē were shared by other women business owners inspired Tammi to launch what she refers to as her gratitude project, WO3 (Woman Owned to the 3rd Power).

Tammi chose the name WO3 to celebrate the power of women. This powerful quote by Muhammad Ali Jinnah was her inspiration : “There are two powers in the world; one is the sword and the other is the pen. There is a great competition and rivalry between the two. There is a third power stronger than both, that of the women.”

WO3‘s mission is to establish a global community dedicated to supporting female-owned businesses in three ways: Partner, Promote and Support.

The call to action is simple: “Go out and support at least one woman-owned business on WO3 Day”. The next WO3 day is on Saturday, March 26, 2022.

Check out BRA-sériē’s stylish bra straps at www.braserie.com and use code GENX for 15% off your first purchase

Learn more about WO3 and support women owned businesses at www.wo3connect.com