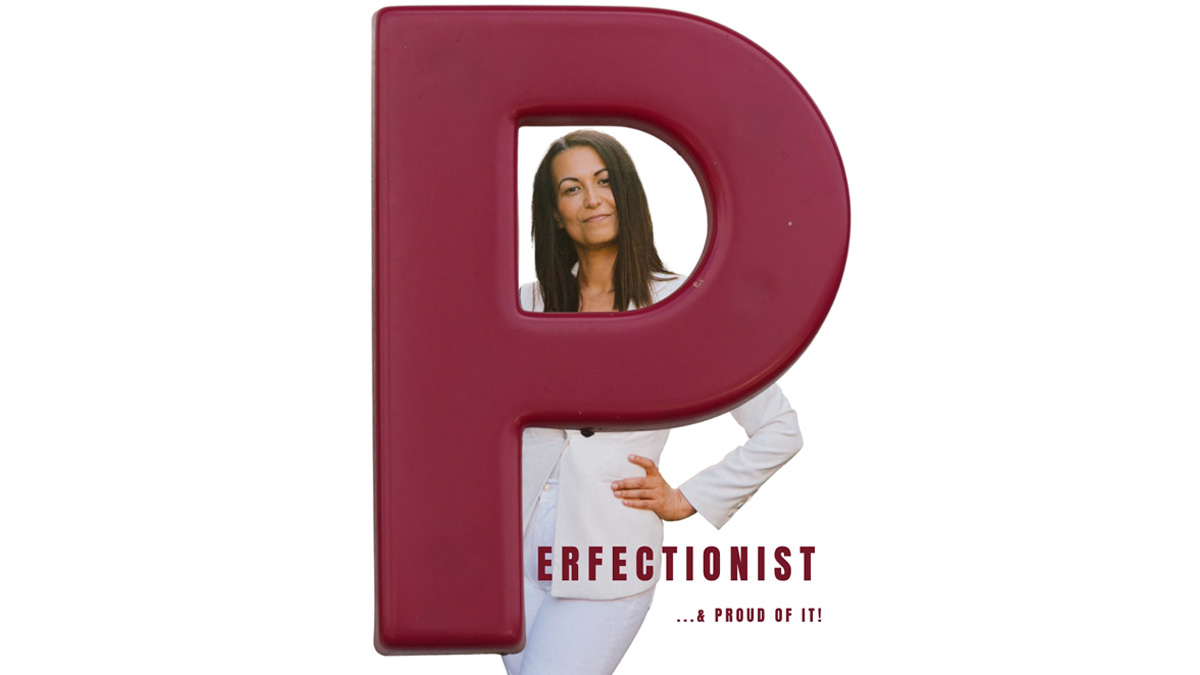 Hi my name is Dena, and I’m a perfectionist!

Why does that feel like such a guilty confession; a shameful admission when for the longest time I wore my perfectionism as a badge of honor?

I’m a Virgo (the astrological sign known for its high standards), so for years, I viewed perfectionism as a real-life superpower.  I wasn’t always the fastest at getting work done, but I was on a determined quest for excellence in everything I did.

That meant caring enough about my work for it to matter.  It meant digging a little deeper, uncovering the smaller details other people might have missed.  It meant everything I produced was excellent.

Isn’t that something to be proud of?  In a world where we’re endlessly told that “good enough is enough”, why shouldn’t we rise to the challenge and reach for excellence?

Perfectionism as the new ‘Scarlet Letter’

“Perfectionism is a dream killer, because it’s just fear disguised as trying to do your best.”

In his 17th century novel, The Scarlet Letter, Nathaniel Hawthorne’s heroine Hester Prynne is paraded through the town with a scarlet ‘A’ on her dress, as a mark of public shame (‘A’ stands for “adulteress”).

“…she would become the general symbol at which the preacher and moralist might point, and in which they might vilify and embody their images of woman’s frailty and sinful passion.”

Even if you haven’t read the novel, it’s easy to guess from the quote above that its major themes are shaming and social stigmatizing.  And these are themes I strongly recognize, centuries later, in conversations about perfectionism.

Because I’ve noticed an unsubtle, unpleasant hint of sexism, in the nonchalant  dismissal of my personal standards as unachievable perfectionism.

“You’re a perfectionist” has the same bitter taste as the offhanded attempts to silence strong and ambitious women and put us back in our place.

“You’re a perfectionist” is meant to cut as deep as “Don’t be too confident” or “You’re too ambitious”; comments that I and many of my female cohorts experienced and still experience in the workplace.

How women are shamed by perfectionism

In her article for Time Magazine, Jessica Bennett states that “women are more likely to be perfectionists”.  The article goes on to explain why and how perfectionism holds women back, with an assumption throughout that perfectionism is nothing more than a substitute for our low confidence.

Meanwhile, in ‘HBR Women: Our Disease is Perfection’, Amy Shah notes that female perfectionism “erodes our (other) hormones and interrupts our sleep.  It increases rates of depression, anxiety and many other medical disorders.”

I struggled to find any examples of perfectionism having a negative impact on men, or even of a man being labeled a ‘perfectionist’ at all.

Women, it seems, wear that scarlet ‘P’ all by ourselves.

I know that when I tell people I’m a perfectionist, most can rarely hide their dismissive smirk and then they politely “mansplain” that perfectionism is a mask for insecurity.  That if I can manage my anxieties, and just accept being “good enough”, I will achieve more.

I almost believed those people, when they told me how my quest for excellence was holding me back and even started to embrace the motto of “Progress over Perfection”.

But by shunning perfectionism, is our society opening itself up to a flood of mediocrity?

Why should we care about quality, as long as we’re making progress?

I recognize that using perfectionism as an excuse to procrastinate or hold off on pursuing your dreams is not a good thing.  And I will admit that in striving for excellence, I can be over-critical in ways that sometimes slow me down.  These are fine lines, and they are often blurred.

But I’ve noticed that many of the people who strongly reject perfectionism are the same ones who produce subpar work, ostensibly in the name of “progress over perfection”.

As a business owner, I’ve fallen into the trap of hiring people who are certainly perfectionists about marketing themselves, demanding high fees in return for what turned out to be at best subpar work.

Each time this happened, my requests for improvements and updates were dismissed; labeled as ignorable over-perfectionism from a woman whose standards are unreasonably high.

How to own your Scarlet Letter

“The stigma gone, Hester heaved a long, deep sigh, in which the burden of shame and anguish departed from her spirit.  O exquisite relief!  She had not known the weight, until she felt the freedom!”

Hester spends the novel altering the meaning of her scarlet ‘A’ through hard work and charity, so that some people begin to suggest that really, it stands for “able”.  She even sews a beautiful, intricate version of her scarlet letter while in prison, which later goes on to represent her independence and strength.

In other words, Hester owns the hell out of that ‘A’!

I’ve spent years working hard on not allowing my perfectionism to control me. To own it, rather than be crippled by it.  To wield it with the respect and reverence it deserves.

I know, for example, that aiming for perfection doesn’t mean I’ll achieve it.  That rarely happens… but I also know I can get darn close.

(By contrast, what’s the point in striving for mediocre?  Just saying that feels like a contradiction in terms.)

It can also help to model your own perfectionist behavior on someone you admire.  Personally, I look to Beyonce as the queen of ‘harnessed’ perfectionism as a superpower… just look at how high she rises each time she strives for excellence!

Beyonce even has these wise words on the ‘pressure of perfectionism’: “It’s really about changing the conversation. It’s not about perfection. It’s about purpose.”

So, here’s my declaration

As a 40-something professional woman, I am insanely proud of my high standards, and I will no longer allow others’ insecurities to make me feel less than or in the wrong for striving for the best I can achieve.

I will not follow advice or hire people that do not subscribe to my ethos:  That my client deserves excellence in everything that I do.

I will not put out a product into the world that has not been vetted through my perfectionist eyes and deemed at least excellent – at best perfect!

If you’re happy with “good enough”, then that’s your choice.

But if there’s a perfectionist in you, stop apologizing for it!  Raise your head up high, embrace your quest for perfection and wear your scarlet letter “P” with pride.

The world needs your best self – your PERFECTIONIST self!

As seen on Thrive Global: https://thriveglobal.com/stories/p-for-perfectionist-the-new-scarlet-letter/