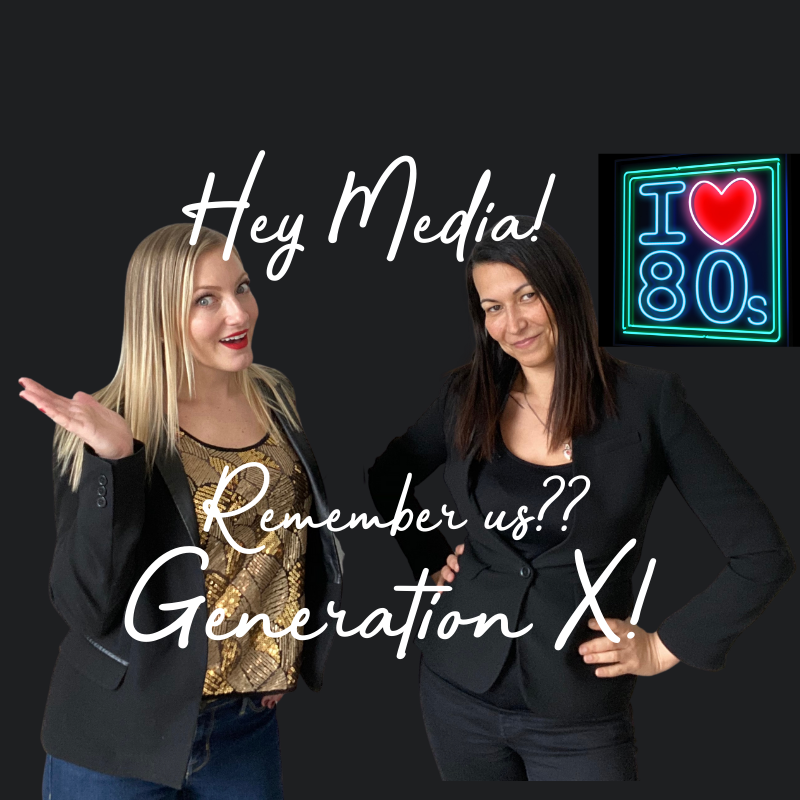 We’re the children of boomers, we’re the parents of millennials and Gen Z, we’re the world’s biggest spenders, and we’re currently “at the pinnacle of our careers.” But we wanted to let you know that, somewhere in your current obsession with boomers and millennials, you’ve forgotten all 65.2 million of Generation X.

If you need proof, how about this.  Your ‘generational lists’ frequently skim over us like we never even existed.  Like this PBS segment from August, and this list prepared by CBS in 2019.

In her article for Forbes Agency Council (The Forgotten Generation: Let’s Talk About Generation X) Angela Woo writes, “we’ve watched the culture interest shift from boomers to millennials like we’re a flyover state.”

To use a millennial term – because we know you’ll get that – “You’ve been ghosting us!”.  And we want to know why.  Was it something we said?

It can’t be our lack of achievement. VP-elect Kamala Harris is one of us… as “a latchkey kid with divorced parents” she fits the bill perfectly.  (She also wears Converse sneakers, so we can confidently claim her as our own.)

If that wasn’t enough, we currently make up almost half of all OECD country leaders.  Meanwhile, the rest of us are hard at work with our heads down, busily keeping the world spinning.

Maybe that’s it.  Maybe we’re getting forgotten about because we’re at home, helping our kids study for their spelling tests.  Or because we’re constantly stuck on work calls, trying to close the next crucial deal…before we’re interrupted by our young adult child, who needs help with this month’s rent, then by another call from the oncologist, reminding us about the appointment we booked for Mom or Dad.

Whatever the reason, what’s especially weird is that we’re actually becoming famous for being forgotten. You’ve only got to Google ‘Generation X’, and you’ll find a parade of articles just like the ones we’ve been quoting here.

To be defined as forgotten… what a strange and demoralizing position for an entire generation to find itself in!

We – that’s Megan E. Fox and Dena K. Martines – founded GenXWoman because we’re on a mission to change this “forgotten” narrative of our generation.

We want to be positively recognized as the “bridge” generation of the badass people we truly are… entrepreneurs, innovators, mentors, artists, mothers, daughters, sisters, and caregivers.

It can seem like millennials have stolen the center stage we should be claiming as our own right now, so it feels natural to want to rise up and raise our mid-life banners high!

Let’s be clear: we know we’re being glossed over.  We’re being treated insensitively, and we want to address that.  But we also know that, for most of us, time and emotional energy is lacking.  Who wants to tackle yet another challenge, on top of all the regular challenges we already face?

That’s why we’ve been busy, dedicating ourselves fully to the research and the beautiful work of trying to change the narrative towards who we are as Gen Xers.

Sometimes, that looks like writing inspiring articles.  But at other times, it looks like going in to bat for every last one of us. By making our voices heard – loud, clear and proud.

So, This Is What Happened When We Contacted PBS For Answers

That damning data was our call to stand up and question the fact that not only is our entire generation being erased from memory, but that the practice is being justified by modern media.

So, we wrote some letters.

We were confident that we would receive an insightful response.  Both PBS and the Democracy Fund (who performed the research) are extremely reputable organizations.  We suspected that if we made an intelligent prod towards their reasoning for leaving out an entire segment of society in their data, we would hear back.

Yep, we got our responses alright.

After all the prodding we did, we came away with no new answers, and no enlightening insights.  Sadly, the only speculation we can make from these interactions is that Generation X is viewed as statistically insignificant and utterly forgotten.

We wish we could explain why.  It could be that our “slacker generation” tag is hard to shake off (though we’ve done more than our fair share of hard work since that tag was originally awarded to us, all the way back in the Nineties!)

Or it could be because the letter X works as a form of Jedi mind trick… wiping away all knowledge of our lives, our struggles, and our achievements.  Right now, that seems as good an explanation as any other.

We haven’t gotten to the bottom of why we’ve become statistically insignificant, or who declared that that was going to be our destiny, all without our permission.

But one thing’s for certain.  We’re not going to stop trying to demand the representation our unique, wonderful, badass generation deserves.

And if you identify with Generation X, this is your call to do the same.  When you notice yet another example of our generation getting left behind or forgotten entirely, call it out!

65.2 million voices can shout pretty loud, so let’s use them to start taking control of our own narrative.  We don’t have to stay forgotten, and we don’t have to continue living our lives behind the scenes, as the ‘invisible middle child’ who, in reality, is holding the entire family together.

It’s time for us to rise up and show our best selves. We deserve to be recognized as the proud, hard-working, independent generation we truly are!