The Rise of the Middle-Aged Woman – Can You Feel It? 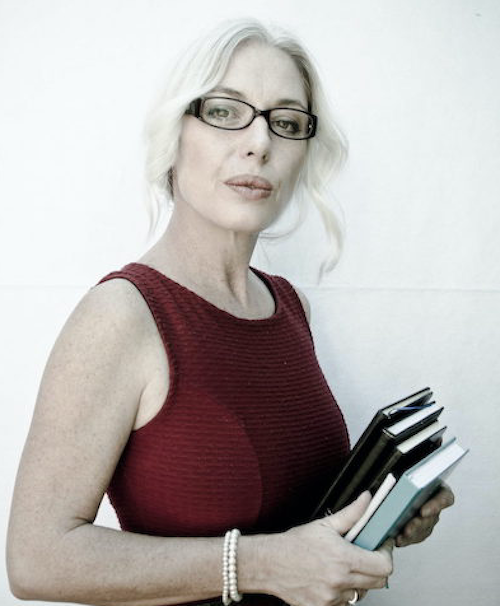 “Four years into my 50s, I wish my younger self could have conjured what I see now. Women over 50 are achieving their best success after 50.”

In 2020, Forbes announced that, in collaboration with the empowering digital platform Know Your Value, it would launch a ‘50 over 50’ list, honoring women over the age of 50 who have “achieved success later in life.”

The response was overwhelming. Over 10,000 nominations later, it was clear that honoring the achievements of just 50 incredible women wouldn’t be enough!

So Forbes made a crucial decision. As well as 2021’s intended ‘50 over 50’ list, there would be three additional ‘spotlight lists’ of women over 50. Women who are making a global impact, women who are technological and artistic visionaries, and those who are financial rainmakers.”

Forbes’ choice to expand its list of successful women over 50 even before it launched confirms what we already knew. Middle-aged women are claiming their rightful places in the spotlight!

And here’s something else we already knew: our rise has been a long time coming.

The Rise of Women in Midlife Is A Long Time Coming

“There’s no such thing as an overnight success.”

OK, so the world is finally waking up to the reality that a middle-aged woman is a powerful force to be reckoned with.  And that we’ve got just as much – if not more – time in front of us than we did behind, and we’re only just beginning to harness our vast potential.

But where were our media cheerleaders, even just a few years ago?

Like the vast majority of overnight successes, our moment of recognition didn’t just happen.  We’ve been working hard behind the scenes, actively transforming the tired narrative that middle age equals invisibility.

Meanwhile, Gen X isn’t just part of the fight for the global celebration of middle-aged women.  We’ve been leading the charge.

It’s no accident that 54 of the super-achievers across the combined Forbes lists are Gen X women.  We represent hard-won success not only in the political arena (step forward, VP Kamala Harris!) but in forward-thinking, world-changing compassion.

Ala Stanford, superstar Gen X founder of the Black Doctors Covid Consortium, not only brought free Covid tests and treatments to Philly’s hardest-hit zip codes. She also created a model poised to reduce healthcare inequality around the world.

Melissa Berton a Gen X woman who co-founded The Pad Project; is devoted to giving women around the world access to menstrual products and helping them stay in school.

Not content with merely changing the world, Gen X women are also inspiring it.  Shonda Rhimes (another ‘50 over 50’ postergirl) is currently the “highest-paid showrunner in Hollywood”. While recently an image of Sarah Jessica Parker wearing dungarees on the set of And Just Like That, the hotly-anticipated TV sequel to Sex and the City, has “sent fashion columnists into a frenzy.”

(Seriously, who’d have thought a picture of a 56-year-old woman in a pair of dungarees – previously derided as a style no-no for women over 30 – would have so much impact?)

If a Gen X woman doesn’t see self-representation, she doesn’t cry about it.  She moves on and creates it for herself.

After centuries of silence, we’re the generation who’s finally taking menopause to task.  Just ask Stacy London, former TV host and founder-CEO of State of Menopause, a holistic product line for women that addresses the symptoms associated with menopause and perimenopause.  “Yes, menopause is hard”, Stacy says, “but the caveat is that it’s not hopeless, and you’re not helpless.”

We’re also the generation who calls time on bad behavior.  The #MeToo movement was started by Time Magazine’s 2017 Person of the Year, then 44-year-old Tarana Burke, dubbed a “silence breaker” for the light she chose to shed on the pervasiveness of sexual assault and abuse in society.

“This reckoning appears to have sprung up overnight. But it has actually been simmering for years, decades, centuries. Women have had it with bosses and co-workers who not only cross boundaries but don’t even seem to know that boundaries exist. They’ve had it with the fear of retaliation, of being blackballed, of being fired from a job they can’t afford to lose…They’ve had it with men who use their power to take what they want from women.”

(Time Magazine, The Silence Breakers, Person of the Year 2017)

(In fact, you could say that this very website is a direct example!)

“Katie (Keating) and I were working in this crazy male-dominated world where only 3% of creative directors were women,” explains Erica Fite, co-founder of Fancy, a NYC-based, female-led ad agency.  “We knew there was a better way to talk to women.  And being over 40 ourselves, we decided to focus on what really matters to women like us, because we saw nobody else was doing that.”

We’re Poised to Take Over the World!

Over the past decade, we middle-aged women have been busy stepping into our power.  Then we walked around in it and got comfortable, until we became the unstoppable, recognizable force we are today.

Far from enjoying a brief moment in the sun, middle-aged women are building a lasting movement.  Slowly but surely, we’re replacing society’s tired structures and worn-out hierarchies with the creativity, wisdom, and inspiration needed to shape a better world.

In other words, change is in the air. CAN YOU FEEL IT?