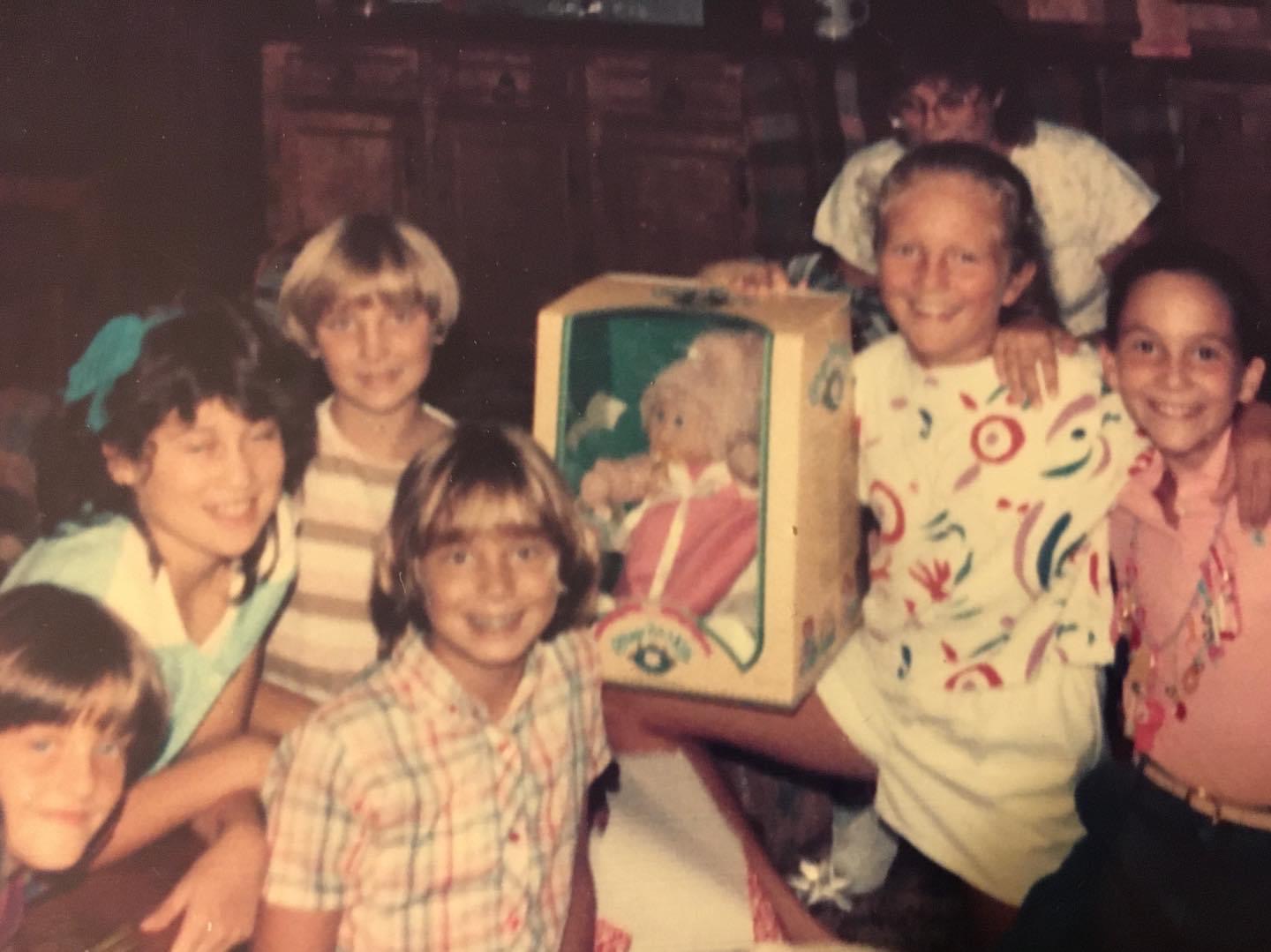 “Those were the best days of my life!” Thank you, Bryan Adams. I totally agree.

Last night I took a walk around the block with my soon-to-be 5th grade daughter, Olivia. Of course, my mind was focused on Coronavirus. Would she be returning to school in a few weeks? Would we be resorting to homeschool until a vaccine is created? But what was Olivia’s most pressing question of the night? “When can I get an Apple Watch, Mom?” Long pause. Eye roll. Guess what the next five words were that came out of my mouth at that moment. You guessed it! “When I was a kid…..” When I was a kid, waaaaaay back in 1985, life was very different. They were some of the best days.

In 1985 I didn’t have a clue about the GenX girl. I didn’t know who she could become and all of the challenges she would face. I was just getting over the chickenpox that everyone in my 4th grade class contracted just before the end of school. And I believed life couldn’t get any more exciting than when my mom and dad let me stay up past my bedtime to watch Johnny Carson – except maybe when the tv antenna cooperated just in time for the weekly episode of “The Facts of Life.” At 10 years old, life seemed carefree in 1985. Of course, it wasn’t. Just like today, life wasn’t simple at all. Thank goodness for the innocent memories of childhood leading me to think those were the best days of my life..

So as Olivia and I continued our walk last night, my nostalgia just completely took over. Fifth Grade. GenX woman, do you remember 1985?

I grew up an only child and my nightly routine involved dinner on the couch with my parents in front of the television. Unlike my kids who grow weary of their endless options on their on-demand, genie app called Netflix. I remember watching the nightly news while eating a Big Mac on the couch, followed by Wheel of Fortune. Then it was two solid hours of sitcoms to round out the dream night of a 1985 pre-teen. Who needed hundreds of mindless options? I had The Cosby Show, Who’s the Boss, Different Strokes, Family Ties, Growing Pains, Cheers…Norm!!! The selection was all I knew and more than enough. Then, if I remained discreet, I might even get away with watching Moonlighting or Miami Vice in the 9 o’clock hour. Sitcoms brought us all together, not separately to our rooms on our own personal devices.

My birthday is in August. Just days before, the Nintendo Entertainment System launched in the US. It was priced at $149.99 (super expensive back then) and came complete with Super Mario Bros, Duck Hunt, a light gun accessory for Duck Hunt and an extra controller. You can guess what I begged for my 10th birthday. Who remembers all of the hours you spent trying to get Mario down those green pipes? They would take him into coin heaven where he would jump for hours, banging his head and trying to find his way to the next level. No more Atari Frogger. This was high tech!

Every generation seems to be marked by certain traumatic moments in history. My kids will soon be saying, “When I was a kid I lived through Coronavirus. I remember being quarantined in my house for all of 2020!” Well, when I was a fifth grader (actually in January 1986) I was sitting in Mrs. McNeeley’s room at lunch. She let us watch her tiny black and white tv in the corner if it was raining outside. Gathered around the little 12 inch screen, I watched with my best friend, Christy, as teacher, Christie McAuliffe, waved to the crowd and boarded Challenger. The image of that explosion is forever in my memory.

It was Apple before Apple was officially Apple. Do you remember these cute little guys? My mom was the high school computer teacher. Because of that, I was one of the lucky few to have a Macintosh computer at home. I can still hear the sound of the dial-up and my dad yelling at me to get off the computer because he needed to make a phone call. From Macintosh mini to iPhone 11. How far we have come!

Coke or Pepsi? In my mind there was never a competition. I was a Coca-Cola fan all the way. But Coca-Cola almost lost the battle all together in 1985 when Max Headroom introduced “New Coke.” What? I still don’t get it. But for all of you non-GenXers wondering, that’s how we got Coca-Cola “Classic.” Finally, after New Coke failure, they returned to their senses and claimed soda victory.

We Are the World

Michael Jackson. Say no more. Yes, I owned the red leather studded Michael Jackson jacket. Would you believe me if I told you that it still hangs in my mother’s closet today? Imagine a little blond headed 5th grade girl in her Michael Jackson jacket. Along with that, a Cyndi Lauper skirt and hightops completed the outfit while swaying back and forth to “We are the World.” I didn’t have MTV, but everyone knew Lionel Ritchie, Madonna, Kenny Rogers, Stevie Wonder, Debbie Gibson, Tine Turner….the list of contributors to one of the most famous songs of our generation goes on and on. You want to relive the moment. I know you do.

Dear 5th grade daughter of mine

This is going to be a year you will never forget. The year 2020 will mark your 5th grade in many different ways than 1985 marked mine. We GenXers lived on the cusp of a world opening wide for the very first time. We lived pre-cell phone, pre-internet, pre-Wifi and pre-Apple Watch. You, GenZ sweetheart, have the world at your fingertips. And with that comes worldwide pandemics and Taylor Swift releasing surprise albums at midnight. How I hope you keep your innocent childhood memories, truly the best days. Please remember staying up late to wait for Taylor’s album release so you could dance across the living room with your big sisters. Please remember it all. Let it all make you.

In thirty-five years the world has turned upside down. It blows my mind how much has changed. And, no doubt, 35 years from now, you’ll be saying the exact same thing.

May your memories be sweet. I hope these are the best days of your life.

Amy Colón is a freelance, content contributor and copywriter with over 20 years of experience in writing and education.  She is passionate about international travel and encouraging women to leap beyond their comfort zones to intentionally explore the world.